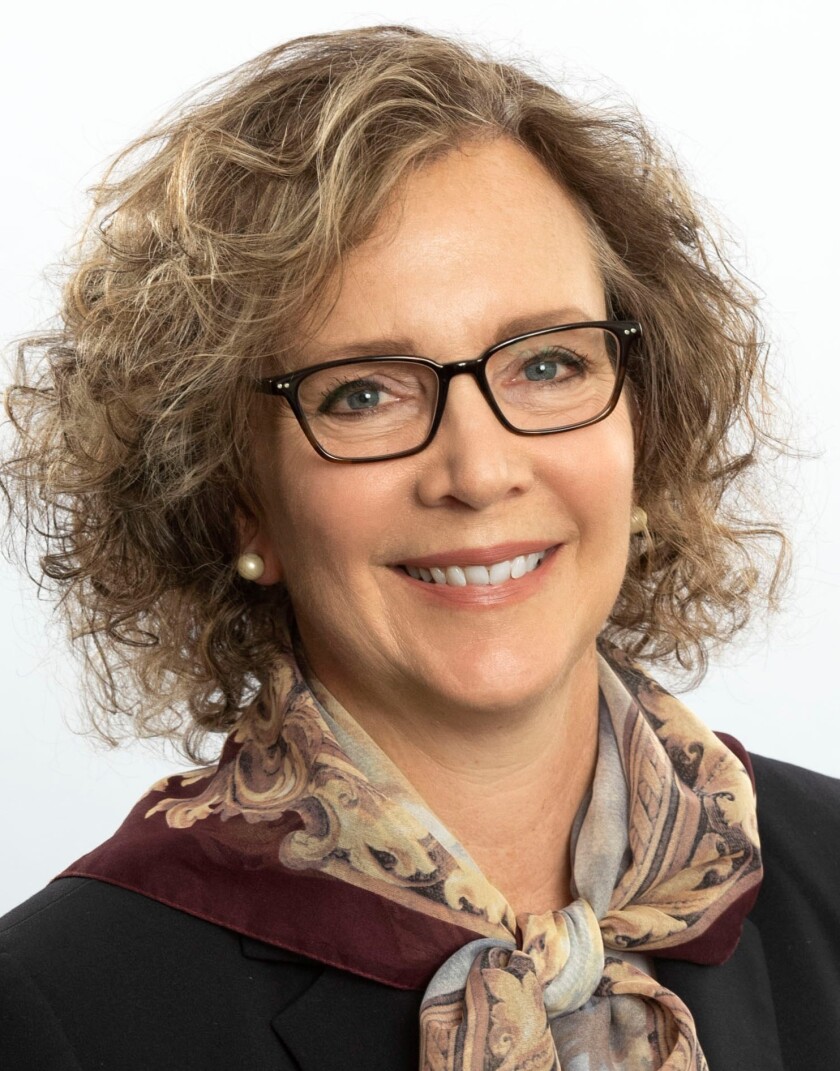 The National Association of Bond Lawyers is putting its efforts behind the industry-wide push for the muni industry’s priorities to be included in the infrastructure and reconciliation bills currently passing through Congress.

Ann Fillingham, director of regulated industries at Dyseka, who becomes NABL’s new president this week, discussed the group’s priorities as the agency kicks off its annual Workshop conference in a dual in-person and virtual format.

Fillingham succeeds Ballard Spahr partner Teri Guarnaccia as the eleventh female president of the organization and will travel to Chicago to participate in NABL U’s Workshop on Wednesday and Thursday to kick off her tenure.

“NABL’s current priorities are very consistent with the market.” she said. “We want to be nimble and helpful to both our members and to policymakers with respect to both the infrastructure and reconciliation packages.”

Her presidency comes at a critical time for the muni industry, as lawyers and other muni professionals alike are pushing the inclusion of muni provisions in President Biden’s infrastructure and reconciliation bills. Fillingham views NABL’s priorities as part of a larger industry-wide push behind these issues.

“NABL really views itself as a technical expert and resource when it comes to all aspects of federal policy relating to public finance,” Fillingham said. “And we’re hopeful that everyone uses us as that kind of trusted expert voice.”

The group is committed to advocating on behalf of restoring tax-exempt advance refunding, reestablishing a direct-subsidy bond program, expanding private activity bonds and modernizing bank qualified debt, she said, all issues that the muni industry has been buzzing about for years.

These aren’t new issues for NABL and are consistent with where the organization and the organization’s board has been over the last few years. But since so much change could come as a result of the upcoming legislation, Fillingham said she’s making sure all NABL members are up to date with the current tools in the market, as well as the potential for new ones that may “improve the state of the art in our field,” she said.

Fillingham grew up in Midland, Michigan, where her father was an inorganic research chemist for the Dow Chemical Company. Her studies led her to Michigan State University, where she began a degree in finance.

While initially “uncertain about what she wanted to do,” Fillingham said, she spent a summer working for a sole practitioner in her hometown and from there, decided that a career in law was the right path for her.

Following graduation, Fillingham went on to pursue a law degree from the University of Michigan and was introduced to NABL in 1991, when she attended a fundamentals of municipal bond law seminar hosted by the agency and was struck by the ins and outs of the muni industry.

“I enjoyed that seminar immensely,” Fillingham said. “I still have that dog-eared blue book on my desk literally 30 years later and was very impressed by how professional and forthcoming everyone was with information and advice when I was in my 20s, and continue to be so in my 50s.”

Fillingham currently resides in Lansing, Michigan and being in the state capital has given her exposure to work with the state and some of its agencies,gaining her first experience with the muni industry working with the Michigan Finance Authority, which was then called the Michigan Municipal Bond Authority, in an issuance for Wayne County.

“I found it fascinating to be able to use both my legal and my finance skill set meaningfully at this local government,” she said. “And I still do.”

This week’s conference will take place through a hybrid in-person and virtual model, after last year’s conference was done all virtually.

This format, Fillingham said, has “inserted a level of complication into the conference planning process but we feel it’s important to be able to reach our members, regardless of their comfort of being in person at the moment or not.”

“Mostly it has changed backroom and operational types of things,” she added. “We’ve worked very hard to make sure that it hasn’t and won’t adversely affect content and delivery but the mechanics of both in person delivery and electronic delivery are a little more complicated from an organizational perspective.”

The last year and half of uncertainty in the market has forced many to think about the market and their role in it in new ways, and that remains true for NABL as well. But the organization is not changing its governing structure or staffing operations like others in these unprecedented times, it’s doubling down on what has made the organization an effective resource throughout the years.

“It certainly has created for all of us a heightened awareness of the need to think about the different ways that membership utilizes NABL and the NABL resources, and really focus on making sure as an organization we remain relevant to and helpful for our membership,” she said.