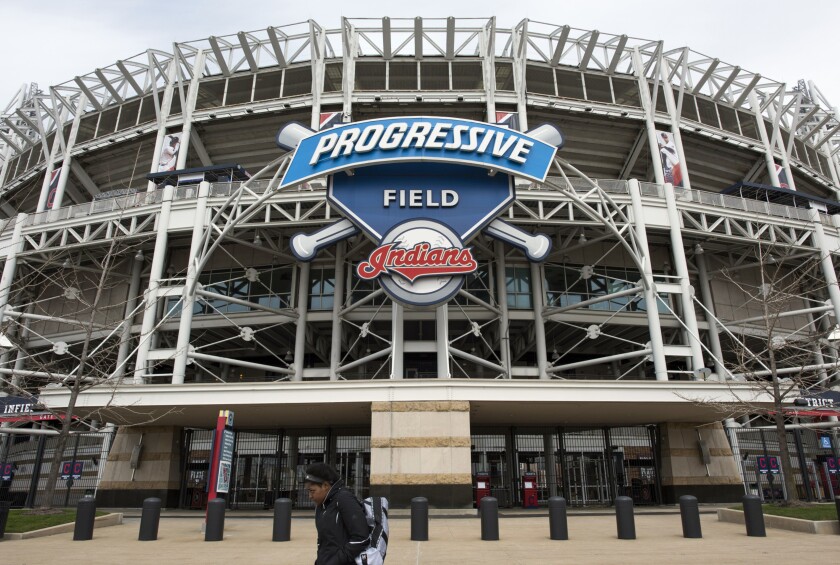 Cuyahoga County hits the market Thursday with a mix of taxable and tax-exempt sales-tax-backed bonds to help finance a $435 million upgrade to the home of Major League Baseball’s Cleveland Guardians.

The sale offers $123.4 million of ballpark improvement project tax-exempt paper and $67.5 million of taxables with maturities through 2037. KeyBanc Capital Markets and Loop Capital Markets are lead managers. Stifel is advisor. The county is taking indications of interest on the taxable piece Wednesday.

Proceeds will finance upgrades to the team’s home — Progressive Field — which was known as Jacobs Field when it opened in 1994.

“The purpose of the renovation and modernization of Progressive Field is to keep the ballpark competitive into its third decade and beyond,” an investor presentation says. “The ballpark is approximately 27 years old and with the new lease, it will keep the Guardians in downtown Cleveland for another 15 years through 2036.”

While the bonds are ultimately secured by the county’s 1.25% sales and use tax, a deal signed Dec. 31 by the city, county and the Gateway Economic Development Corp. — the not-for-profit set up by the city and county to own the ballpark — lays out repayment commitments.

The package relies on county payments from either its general fund or a sports facilities reserve account that holds bed taxes and a city payment that will come from its ballpark admissions tax, parking revenues, garage naming rights, and sports facilities improvement fund.

Gateway pledges rental payments from its revised ballpark lease with the Cleveland Guardians Baseball Co. LLC toward repayment of the taxables. The rental payment was raised to cover principal and one-third of the interest due on the taxable bonds and provide an annual contribution toward capital repairs. The team, which recently changed its name from the Cleveland Indians, also is on the hook for any cost overruns.

The sales tax that ultimately backstops the bonds dropped off due to the COVID-19 pandemic in 2020 — when it generated $248.5 million — but it has recovered and is projected to have generated $288.5 million last year after debt service payments on existing bonds. The new borrowing dilutes coverage ratios, but they remain healthy, rating agencies said.

The identified revenue streams to repay the new bonds provide between 1.58 times coverage next year with coverage of between 1.02 and 1.18 through 2036. If they fall short, the county would tap sales taxes.

Principal and interest on the upcoming sale totals $226.6 million with $19 million of interest capitalized in 2022 and 2023.

The new borrowing will bring the county’s sales tax debt load to $423 million and it retained its high-grade ratings despite the added burden.

The rating benefits from a broad tax base, the county’s role as the economic engine in northeast Ohio, a healthy operating fund balance and liquidity that “helps to balance its weak population trends and above average leverage of outstanding debt and post-retirement benefit liabilities,” Moody’s said.

S&P rates the bonds at AAA, two notches above the county’s AA. The rating reflects the agency’s priority-lien tax revenue debt criteria that incorporates the strength of the credit and the county and and takes the view “that the pledged revenue and the flow of funds are sufficiently removed from the county’s control so as to substantially mitigate operating risk.”

“These ratings have been earned by strong fiscal management and careful budgeting,” County Executive Armond Budish said in a statement Tuesday.

City, county, and team officials along with Gov. Mike DeWine announced the pact in August with further details being rolled out over the next few months. The city and county approved pieces of the package including the financing and lease terms in November and December.

“With the lease coming up we had three choices, renovate the stadium, build a new one, or risk losing the team,” Budish said last year.

“Over 1.7 million people attend baseball games a year in Cuyahoga County, and this pumps over $300 million into our economy year after year,” Budish said in defending the county’s $9 million annual contribution toward the package. Critics contend the public shouldn’t subsidize professional sports stadium and the earmarked funds could be better spent elsewhere and those concerns were voiced at various public hearings on the project.