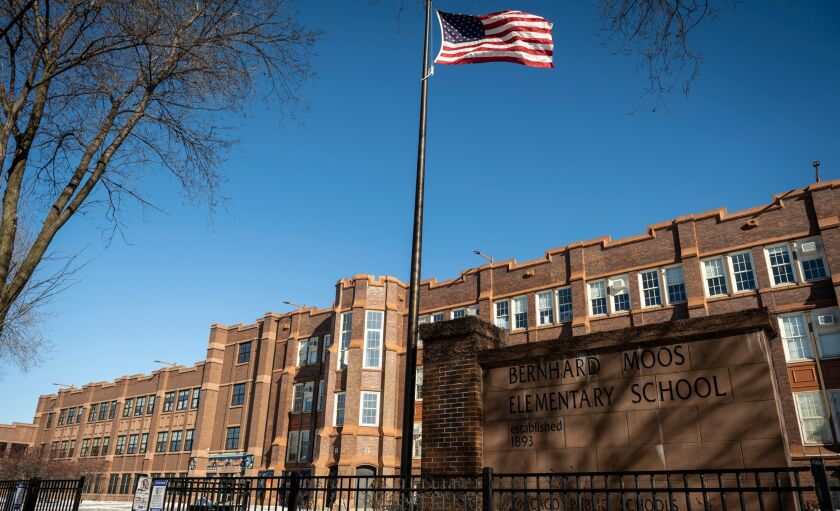 Chicago Public Schools’ $872 million of junk-rated paper met with a more fickle high-yield audience this week, underscoring the district’s vulnerability to market volatility even as it inches closer to investment grade status.

At attractive spreads that offered a healthy yield kick with many maturities offering 4% coupons, the bonds were 2.2 times oversubscribed, CPS said in a statement. More than 40 institutional investors placed orders including some in excess of $150 million each.

The district will pay a true interest cost of 3.71% that ranks among the lowest paid by the Chicago Board of Education over the last two decades. The sale provides $500 million of new money for capital projects and the remainder refunds 2011 bonds.

The district, like other high-yield credits, has benefited over the last year from investors’ hunt for yield. That led many to overlook mid- to long-term strains in favor of near-term ratings stability and strengthening that has lowered prices and compressed credit spreads.

Compared to its January 2021 sale that set a new low for spread penalties in recent memory, the district’s spreads mostly held steady with the 13-year bond narrowing — after accounting for differing coupons — and some slight widening seen on longer bonds.

Spreads widened from recent secondary market trading valuations after investor concerns over inflation and looming rate hikes to tamp it down have led some to higher-grade paper.

The district made some concessions from the price talk Tuesday to reach the final scale released Thursday.

“They went fishing with the preliminary scale. The market set the prices,” said Brian Battle, director of trading at Performance Trust.

“It was a unique deal, given its size and ratings,” Battle said. “That was a lot of double-B paper for a buyer set that is pretty limited. This deal resets the market establishing what a double-B credit pays to borrow.”

Secondary trade valuations are flawed in assessing how a primary outing might fare because the limited new-supply of higher-yielding paper drives prices up, Battle said.

CPS said it was pleased with the results given the overall low cost of borrowing, but acknowledged the more difficult market conditions it grappled with.

“Not surprising to us given the tone in the bond markets since the beginning of 2022, we found investors to be very concerned about anticipated Fed actions during 2022, the prospect of higher inflation, and the impact of rising yields on their portfolios,” CPS said.

Heading into the pricing week, conditions looked more stable given the previous week’s inflows and limited supply. The district decided to move ahead despite Fed and inflation concerns.

“We struggled to see how a holiday-shortened week coupled with higher supply next week would improve our outcome,” CPS said. “Ultimately, we think it’s a good practice to bring a transaction to market when it’s ready. This one was ready.”

Fund flows back this up with Refinitiv Lipper reporting $363.8 million of outflows from high-yield, the first since mid-October and the last correction, showing further indications that high-yield was hit hardest, creating more selective investor sentiment. Net inflows remained positive.

Spreads to triple-A benchmarks in a pre-marketing pricing wire distributed by senior manager Goldman Sachs early Tuesday ranged from 115 to 120 basis points with a 4% coupons. CPS bonds with a 5% coupon have been trading in the 70- to 80-basis point range. The 4% coupon caters to investors in search of yield typically impacting the spread by between 15 to 20 basis points.

The district’s spreads have sharply narrowed from a bruising 480 basis points on its long bonds in 2017 that followed a peak spread of 580 basis points in 2016.

The pricing highlights how credits like CPS remain all the more vulnerable to market volatility.

Fitch Ratings in December upgraded its CPS rating to one notch below investment grade and Kroll Bond Rating Agency moved the new bonds further up the IG category to BBB. S&P Global Ratings affirmed the district’s BB. The district has won a series of upgrades over the last few years thanks to new local and state funding and an infusion of federal pandemic relief.

“Prudence and planning: they need a one- and five-year plan,” Battle said.

The district headed into the market Thursday, one day after resolving a battle with the Chicago Teachers’ Union over COVID-19 safety protocols that had shuttered schools for a week and two upgrades in hand.

Market participants said they didn’t think the latest round of labor strife that followed several strikes in recent years impacted the pricing but it poses other longer-term credit challenges to winning back an investment grade rating.

“A higher rating is predicated on the successful navigation of the COVID-19 pandemic, which includes keeping schools open and managing a persistent, combative union relationship,” S&P said.