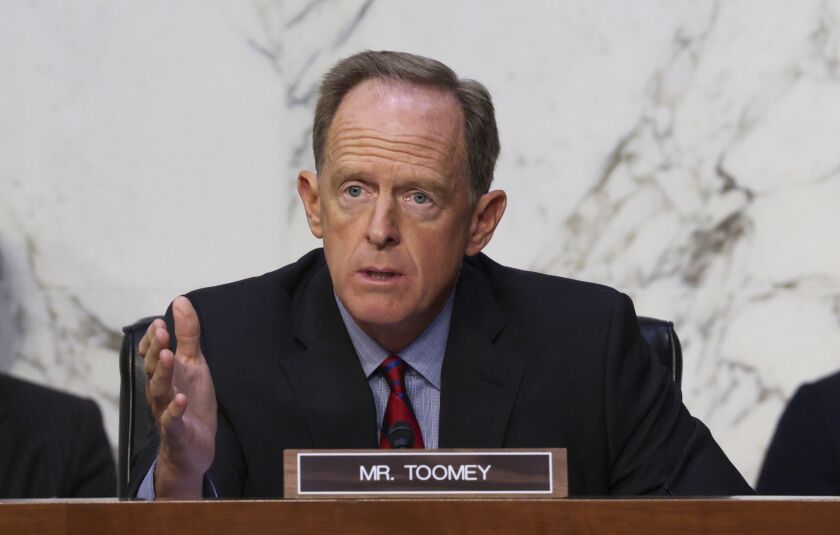 In letters to the board chairs of the Boston Fed and Dallas Fed, the 12 senators suggested that Democratic lawmakers and even members of the Federal Reserve Board in Washington are trying to insert themselves in a process typically left to the regional bank boards.

“The role and purpose of the Regional Federal Reserve Banks is to limit the concentration of power in D.C. and represent the economic interests of their respective regions, not to engage in partisan politics,” wrote the 12 GOP members of the Senate Banking Committee — led by Pat Toomey of Pennsylvania — to Boston Fed Chair Christina Hull Paxson and Dallas Fed Chair Greg L. Armstrong.

“Accordingly, we hope you and the other members of the board of directors will disregard such political and ideologically driven pressure and will faithfully carry out your statutory duty to independently select a bank president in a manner that is fair, transparent, and unaffected by political influence,” they wrote.

The letters cited a tweet by Rep. Joyce Beatty, D-Ohio, touting her questioning of Federal Reserve Board Chair Jerome Powell at a recent hearing. Beatty pressed Powell on whether the central bank would consider African-American and female candidates for the two open positions.

Beatty said in her tweet: “Proud to have pushed Fed Chair Powell to redouble efforts to find diverse leaders for not one but two high-profile openings at the central bank. We can’t succeed unless we have a seat at the table.”

At the hearing, Powell replied by saying he could “absolutely guarantee you that we will work hard in both of those processes to find and give a fair shot to diverse candidates for those two jobs, as we do.” (The GOP letters also linked to a Reuters article about the exchange.)

The leadership positions at the Boston and Dallas banks opened up after Eric Rosengren and Robert Kaplan, respectively, resigned from their posts within hours of one another in late September. The Wall Street Journal reported that each had engaged in significant amounts of stock trading while helping set monetary policy on the Federal Reserve Board.

The Republican letters, dated Oct 12., is the most recent example of Toomey’s criticism of what he calls “mission creep” at the central bank. Toomey has argued that the regional Fed offices are straying from their mission by researching the impact of racial inequity, housing conditions and climate change on the U.S. economy.